The Guild can do daily boss fights at the Guild Hall, to earn Honor Badges

to defeat him and receive HB. The rewards are based on the amount of damage dealt to him. If he is defeated, the rewards will be more. 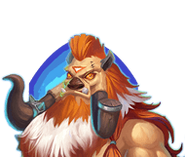 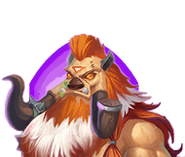 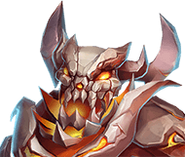 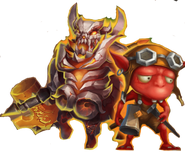 Rage Goblin and Centaur Ruler
Add a photo to this gallery

Start a Discussion Discussions about Challenge a Boss