The Heroes Trial is a feature similar to Here Be Monsters. It shares the same random unit spawn mechanic. 3,000 Might

is required to enter this deadly contest. One entry generates every six hours, with 6 stored entries (

) total being the maximum.

Note: you can refill one chance by using

or press this symbol

as an indication for additional Trial Entry Card to be used.

There are a total of 12 Trials with a randomly selected Legendary Hero for each that attacks your base. You must defeat all of the enemy units within the time limit to win. Prizes are Honor Badges 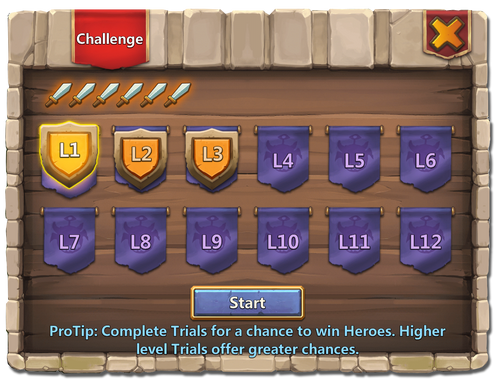 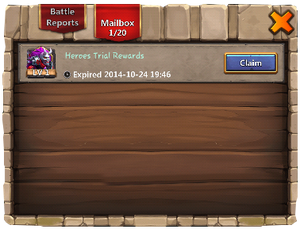 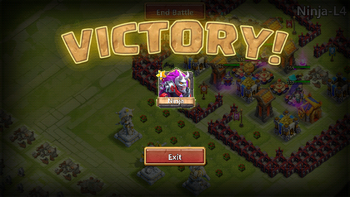 grey - expected, not yet confirmed number 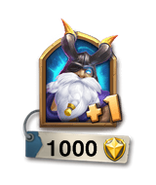 Trial Entry Card as Items
Add a photo to this gallery

Retrieved from "https://castle-clash.fandom.com/wiki/Heroes_Trial?oldid=107836"
Community content is available under CC-BY-SA unless otherwise noted.