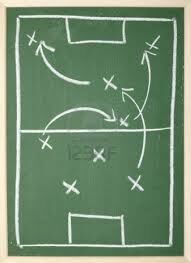 This strategy guide will show you valuable information regarding Castle Clash.

The Town Hall is the most significant building in the game.

Vaults are the most valuable buildings in the game. (Pun intended)

Towers are the most defensive buildings in the game.

The Heroes Altar, Relic Hall, and the Guild Hall are the most special buildings in the game.

The Arena, Warehouse and Training Center are the most specific buildings in the game.

Walls are the most basic buildings in the game.

Traps are the most expendable buildings in the game.

Below is a section for Additional Tips and Information:

(This is an OLD strategy and is no longer as useful, as heroes in this range are usually heavily leveled and resources well protected.)

(Not sure what this means and would rather re-word it to make sense.. the following explains troop usage for HBM and raid situations..)

See the "Shards, Honor Badges, Gems" section for tips on how to acquire heroes.

After buying your third builder, roll as much as possible until you get 5 different legendary heroes. They are far more powerful than ordinary or elite heroes and provide the most beneficial mechanics.

Get a Druid! He is a one man army. Every player receives one for free from logging in on the very first day!.

Having too many heroes increases your might without necessarily increasing your attacking ability.

Some skills and talents work well together.

Some heroes work well together.

Don't waste Honor Badges leveling ordinary heroes beyond a reasonable level for your might and strength levels.

Don't waste experience by placing useless heroes in tower garrisons when you don't need them to beat a level of Here Be Monsters, unless you want to build might by leveling all of the heroes.

Some heroes are meant for specific game modes.

Even at the lowest ranks the arena gives 50 HB/hour.

Each player gets 1 Battle Chance every 30 minutes, that's 2 Battle Chances/hour given that players can store up to 5 chances.

Victories in the Arena give 40 HB.

It is advisable to do arenas after or in between dungeons, raids or here be monsters since all heroes (even those in the process of reviving) are usable in arena fights.

For active players it is better to have a low rank and win easily than it is to have a moderate rank and lose every other battle.

It is better for an active player to have a weak defense than to simply have a higher rank.

There is no magical defense that is entirely unbeatable.

Some heroes are better than others in the arena.

The best arena teams are typically specialist teams which emphasize one game mechanic over the others.

Heroes can be placed anywhere in the blue shiny circles.

Here Be Monsters is the most effective game mode for earning shards and experience. The correct base design is important in consistently earning shards as all five waves must be completed before shards are awarded.

For effective base designs specifically used for Here Be Monsters, see Base Designs page.

can be used to buy high level heroes, or sacrificial slime/ooze for skill experience. Get Shards by attacking dungeon levels with blue towers. Only attack the other levels to gain access to more difficult blue tower dungeons. Clearing all the rooms in a Ordinary Dungeon will open the door to an Expert Dungeon that offers much more HB and Shards. Farming the Here Be Monsters levels gives more shards.

Only use Honor Badges

to upgrade heroes, they are hard to come by when you need 20,000 of them to get past level 80. You may think that 500 badges is worth an ordinary hero (if you even get one instead of a slime), but when you are in full HBC (Honor Badge Crisis) later on, or people often call it HB wall where all your heroes stuck at a level because of lacking HB, you will regret wasting them.

Early on, only use gems

to generate heroes until you have enough high level heroes. This is still a good strategy even if you don't want to spend any money to buy gems - just use the gems you receive for daily rewards, completing achievements and be patient. Free gems via Tapjoy offers do come in handy, and they do count toward your 30 shard/day bonus and your hero and badge rewards. Do them early, a little at a time, and you may just see a Spirit Mage  in your future. Also, if you plan to roll gems for talents, make sure you have several thousand; it will likely take 10-15 rolls to get something even slightly good.

to buy upgrades, and many guilds require members to donate shards to stay in the guild.

For some players, hero shards are the most valuable resource in the game - since they can be used in high quantities to buy specific legendary heroes. Because of this, combined with the difficulty of completing guild events, one of the strategies for using the guild system effectively is to completely ignore it.

Another (and much better) option is to find a "piggyback guild". A guild that has a single member who is able to beat the boss and allows other members to tag along for the 500, 1k, or 1.5k badges you get just for participating. Follow their rules though, you don't want to get kicked out if you're lucky enough to secure a spot in one of them. You'll be amazed at how even an extra 7,000 badges a week doesn't even come close to satisfying your honor badge needs as you progress through the ranks.

If you are part of a successful guild with an active leader, you may also benefit from the guild purchase of flags. These are relatively new, are purchased with guild credits you've donated, and used just like spells.

Guilds are also a good place to share tips and ideas and if you're lucky, you might find a guild with an active leader who is willing to train you giving specific strategy and tips based on where you're at in the game. Typically these guilds require a steady donation rate in exchange for specialized help and advice.