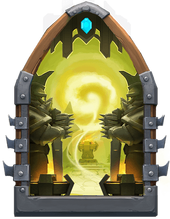 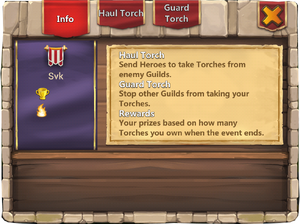 All Lv 20+ Heroes can take part in Torch Battles. You can capture Torches from any Guild within your group.

Select your Heroes and capture Torches from opposing Guild. After taking a Torch, you must wait for your Heroes to return to base. This trip may take a few minutes. Heroes only move as fast as their MOV SPD allows. 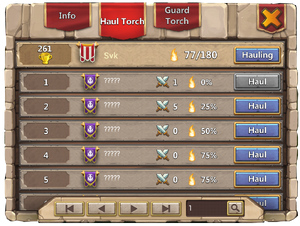 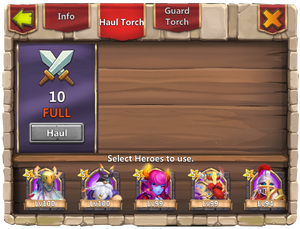 While the Hero is returning to base with the Torch, the defending Guild can send Heroes to intercept this attempt. When this happens, the two corresponding Heroes will engage in a one-on-one battle based on the Hero’s might.

If the capturing Guild wins, the Hero will continue its return to base. If the interceptor wins, the Guild will be able to regain their lost Torch. 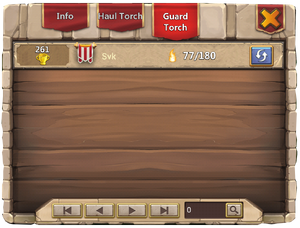 Up to 10 Capture and Guard attempts for each player restore one at a time every 30 minutes. Entries are used regardless of whether the capture or guard attempt was successful.

Heroes who are running with a Torch are unable to guard your base. These Heroes can only be used again in another attempt after it has successfully returned or was defeated by a guarding Hero. 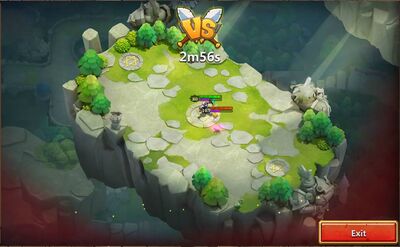 The Torch Battle is your chance to win Honor Badges and Shards after the event ends. You can check the estimated amount of rewards on the Torch Battle Info screen. After each Torch Battle round, rewards will be issued based on how many Torches you capture.